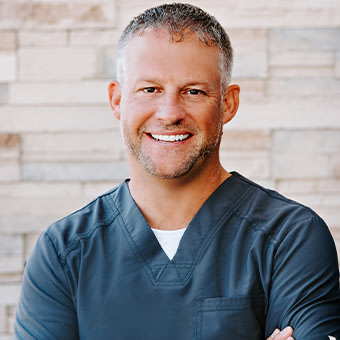 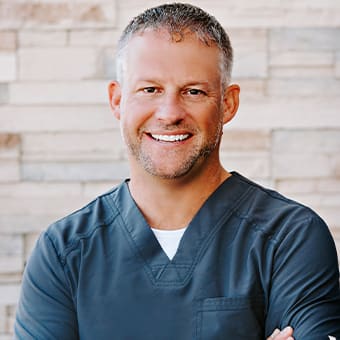 He excelled in many classes and graduated with an Advanced Diploma from LCI. Patrick enjoyed taking a large variety of classes from Fine Arts to Physical Education. Throughout his schooling, he received many awards for his artistic creative endeavours and considered pursuing a career in art.

Following a two year service mission, Patrick was enrolled in Biochemistry at the University of Lethbridge transferring to Weber State University after two years of studies. There, he pursued his goal of dental school acceptance, studying in the field of Zoology for another two years. After interviewing and getting accepted to multiple dental schools, Dr. Selk chose University of Louisville in Kentucky.

During Patrick’s four years at the University of Louisville, he was trained in all major procedures of general dentistry including extractions, root canals, fillings, veneers, implants, diagnosis, periodontics, and cosmetic dentistry.

After graduating dental school, Dr. Patrick Selk worked with his father Dr. Ruedon Selk for a few months, after which Dr. Ruedon Selk retired from 43 years of dentistry.

Dr. Patrick Selk enjoys his family life having been married to his wife Jessie for over 16 years and has four wonderful children. Patrick spends a lot of time at home with his wife helping to raise their children.

Dr. Patrick Selk and his team enjoy coming to work every day and providing comprehensive dental care for their patients, new and established.

We Are Accepting New Patients

Looking for a dentist in Lethbridge? Get in touch with our office today to book your first appointment with our friendly dental team.